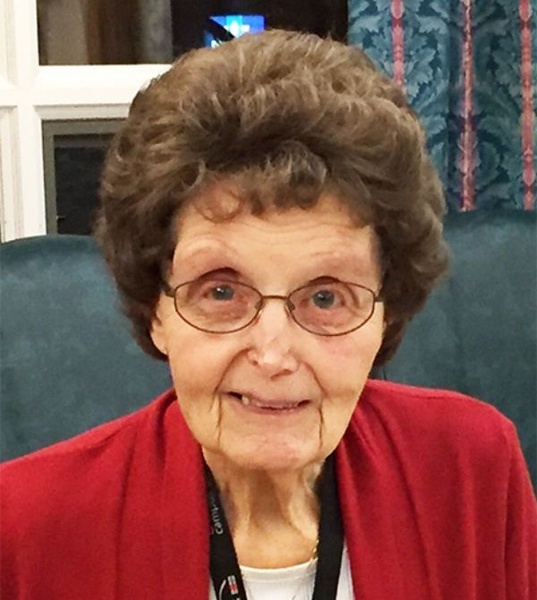 She was predeceased by her beloved husband, Nick Penner, parents Franz and Anna (Harms) Heier, and 3 brothers Henry, Frank, and John.

Anne is lovingly remembered by her children, Melody (Bob) Giesbrecht of Altona, and their children Brent and Stephanie; and Michael (Valerie) Penner of Portage and their children, Rihanna (Wyatt) Reader, son Quinlan, and Cole (Kelly) Penner, daughter Madeline.

Mom was born on November 19, 1929 at home in the RM of Hanover. She was the second oldest of 9 children and the oldest daughter. She was born to immigrant parents and the 1930s involved many moves because of financial hardships, but eventually they settled to the south of Mitchell.

Singing was a passion of Mom’s and she participated in Bible school choirs and women’s groups, church choirs, and, in retirement, the Keenagers with Dad. We would often hear her singing as she went about her tasks at home. Even in Altona she joined the Senior Choir and then the Jamboree Choir.

Education was important to her and while she had to leave school at the age of 16, she was able to complete her high school education after completing 4 years of Bible school at Winkler Bible Institute.

She and dad were married on August 23, 1959 and lived in Winnipeg until the spring of 1962 when they moved to Headingley where they built the house that would be their home for the next 50 years. Their roots went deep and when it became clear that they needed to move, it was very difficult. This was the first move of four that took place before she moved to her heavenly home.

Her life was a patchwork of volunteering and employment and she had many interests including an assortment of handwork, reading, gardening, travelling, and music.

One thing near and dear to her heart were the medical mission trips that she participated in throughout the 1990s. She determinedly joined these groups by herself though she dearly wished that Dad would go with her. Even in recent conversations she recalled these trips with much fondness, so thankful she had taken these opportunities to go.

Once we started listing off the endeavours in Mom‘s life, the list grew longer and longer and it became clear that she wasn’t afraid to do what God put before her and everything was done with much determination, organization, and a thorough commitment to the task. From helping out at the church library, to becoming the head librarian, teaching Pioneer Girls and Sunday school classes, sorting clothes for Union Gospel Mission, volunteering at Self Help, starting a Wednesday night kids’ club in Headingley with Dad, being the church secretary, working as a florist, cleaning through the Mary Martha Home, or working as a nurse’s aid at the Ninette TB Sanatorium, her faithfulness and dedication was evident in all she did.

She and Dad raised a daughter and son and later enjoyed 2 granddaughters and 2 grandsons, and just in March became a great-grandmother twice over.

The last couple of years, particularly since Dad‘s passing, were increasingly difficult due to the effects of dementia which gradually stole away her passions of singing, handwork, and reading. This sadly contributed to great loneliness because while she enjoyed each visit and phone call in the moment, she could not recall it even a few minutes later. Even though these last months were difficult, she never lost her smile or her sense of humour which we will miss. And although we will miss her, we are rejoicing with her as she is now with her Saviour whom she served with her whole heart.

Donations in memory of Anne may be made to Back to the Bible Canada, or to Medical Ministry International.

To order memorial trees or send flowers to the family in memory of Anne Penner (nee Heier), please visit our flower store.