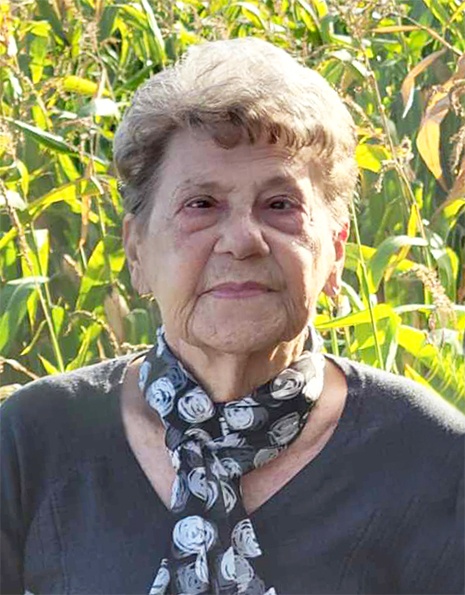 Anne Loewen was born on June 14th, 1938 to Abraham and Helen Letkeman (nee Dyck); in Winkler, Manitoba. She married Bill Loewen on February 9th, 1957, and they were able to celebrate their 65th wedding anniversary this past February. Mom and dad were baptized at the Sommerfelder Church in Altona in 1958.

Mom led a full and happy life as a mother. She was a wonderful homemaker and enjoyed all the cooking, baking, sewing, housekeeping and gardening that went along with that.  We have learned so much from our mom. Mom also took immense pride in her position as Educational Assistant at Elmwood School in Altona for 23 years; and the fact that she took university courses to upgrade her education later in life. She loved helping the kids at school both in the classroom and in speech therapy sessions. She formed individual bonds with many of the special needs children she worked with and often mentioned how much they had taught her. Mom taught Sunday School for many years and said that kids kept her young.

Mom also took her role of being a grandma pretty seriously and bragged about her grandchildren often. She spent lots of time with each of them, feeling a particular pride in helping them to read and do math before they entered Kindergarten. She was proud of them as they grew into adults, continued their education, and chose careers that suited each of them perfectly.  In a recent conversation mom said “I’ve had a good life, a good marriage, I’ve raised four children; and I’ve had a job I’ve loved”. I’ve been blessed with 4 grandchildren and 2 great-grandchildren and I pray for them every day.”

Mom and dad were able to enjoy travel to the west coast, trips to the states, and lots of camping when we were younger; and after retirement, enjoyed Europe, the east and west coasts, various locations in the US, Mexico and extended stays in Arizona. They followed the baseball and hockey teams that their grandsons were a part of which took them from Alberta to PEI.

Mom was diagnosed with cancer in October of 2018 and while she battled that with all she had, it was the loss of her sight that troubled her the most. When the days became darker, and she could no longer see, she found ways to still participate in activities and wanted to be included. She found the special days particularly challenging like birthdays, graduations and weddings. She would ask questions if how she was visualizing things in her mind were accurate – “I have to use my imagination you know, she would say”.

During her fight with cancer, mom surprised her doctors more than once with her positive attitude and determination; and her ability to tolerate the strong chemo treatments. We are so proud of her efforts and also proud of dad’s dedication to her care.

We know mom was very grateful for her lifetime coffee friends, the retired teachers group, and her AMC church friends who kept in touch with her prior to and during her illness. They were a source of great support and joy. Also, thanks to all of you who have taken the time to support mom in prayer and acts of kindness for mom and dad.

We have learned so much from our mom, she set an example that is something to strive for. When met with life’s challenges, she faced them with courage and strength.

We would like to express our sincere appreciation and gratitude for the care mom received, both at the Boundary Trails Cancer Care Unit and the Altona Hospital.

She will be deeply missed.

Memorial service was held on Monday, May 2, 2022 at the Altona Mennonite Church.  A private family burial took place prior to the service.

Donations in memory of Anne may be made to Boundary Trails Health Centre Cancer Care Unit.

To order memorial trees or send flowers to the family in memory of Anne Loewen, please visit our flower store.