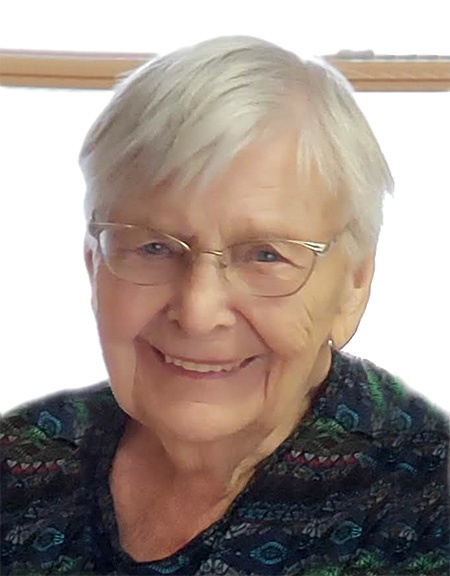 Anne Loeppky of Altona passed away at the age of 92 in the Altona Community Health Centre.

Anne was born and lived in Altona, Manitoba where she married Henry P. Loeppky on May 21,1947 and raised their family of four children. Anne began working at the age of 14, and retired in 1993 at the age of 65, after 25 years of work in the Altona Hospital.

Anne continued her active lifestyle until the time of her passing. She was generous in all aspects of her life. She loved to organize and host family gatherings, and social events. She participated in community life by serving on committees, singing in choirs, and volunteering at the Altona MCC. She enjoyed many hobbies including quilting, handiwork, gardening, cooking, baking, and traveling. She was independent, loyal, and had a genuine zeal for life. She was the heart of the family.

Anne was surrounded by her children during her last days and at her passing. The family would like to express their gratitude for the doctors and staffs at the Boundary Trails Health Centre and the Altona Memorial Health Centre for their exceptional care and compassion.

Memorial service will be held on Tuesday, March 10, 2020 at 2:00 p.m. at the Altona Sommerfeld Mennonite Church.  A private interment will be held prior to the service. Viewing will be held at Wiebe Funeral Home Altona on Monday, March 9 from 9:00 am to 9:00 pm.

Donations in memory of Anne may be made to Altona and District Palliative Care.

To order memorial trees or send flowers to the family in memory of Anne Loeppky, please visit our flower store.
Send a Sympathy Card