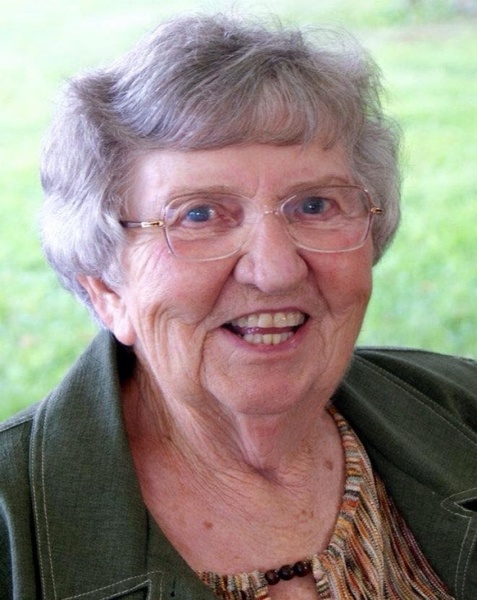 Anne was born in Neubergthal, later raised in the Kleinstadt area, and married Peter L. Braun on January 1, 1946.  After a short time living in Winnipeg and Thunder Bay, Ontario, they settled on the Braun family farm (Langevin) and later moved to the Village of Altona.  Fiercely independent, Anne lived in her own home until her hospitalization on November 13, 2017.

Anne was Mother, Grandmother, Oma and Auntie, and the spiritual matriarch of her family.  Anne had a very strong love for and faith in the Lord and was a member of the Altona United Church, where she was active until the end of her life.  Generous in spirit and devoted to prayer she loved serving her family, church and community. She enjoyed her garden and made sure its production was used to feed her family and others in need.

Anne was lovingly surrounded by family during her last days. The family would like to express its deep gratitude for the Doctors and staff at the Altona Memorial Health Centre for their compassionate care of Anne and unconditional support of her family during this time.

Donations in memory of Anne Braun can be made to Altona and District Palliative Care or the Alzheimer’s Society of Manitoba.

To order memorial trees or send flowers to the family in memory of Anne Braun, please visit our flower store.