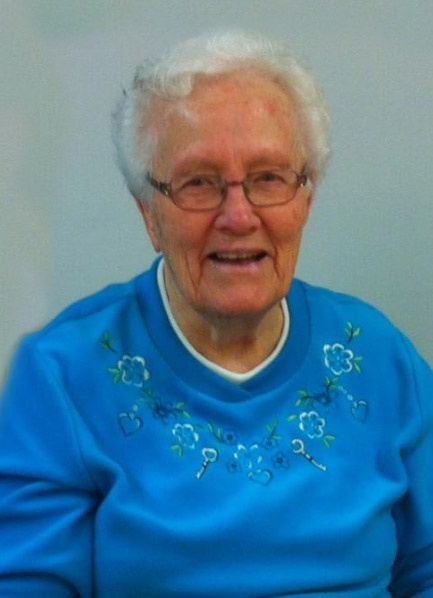 On Friday, January 16, 2015 Anna Klassen, age 92 years of Altona, formerly of Lowe Farm, Manitoba passed away at the Altona Hospital.

Anna is survived by one brother and one sister as well as numerous nieces and nephews.

Funeral service will be held on Tuesday, January 20, 2015 at 1:00 p.m. at the Kronsweide Sommerfeld Mennonite Church with interment at the Lowe Farm Cemetery.  Viewing will be at Wiebe Funeral Home Altona on Monday, January 19, 2015 from 9:00 a.m. to 9:00 p.m., and at the church prior to the service.

Donations in memory of Anna Klassen may be made to CancerCare Manitoba or to the Heart and Stroke Foundation of Manitoba.

To order memorial trees or send flowers to the family in memory of Anna Klassen, please visit our flower store.