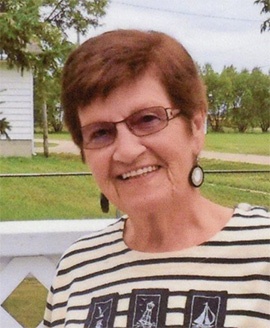 On Friday, August 28, 2015 Ann Heide passed away peacefully in the Altona Hospital at the age of 85 with her loving husband of 65 years by her side.

Ann was born in the Altona area and after marrying Nick Heide on July 23, 1950 at the Altona Bergthaler Church, they spent the next 40 years farming in the Gretna area.  In 1990 they sold their homestead and moved to Sunflower Crescent in Altona.  In 2007 they moved to Buffalo Trail where she spent the past 8 years.

Donations in memory of Anna Heide may be made to Altona and District Palliative Care.

To order memorial trees or send flowers to the family in memory of Ann Heide, please visit our flower store.