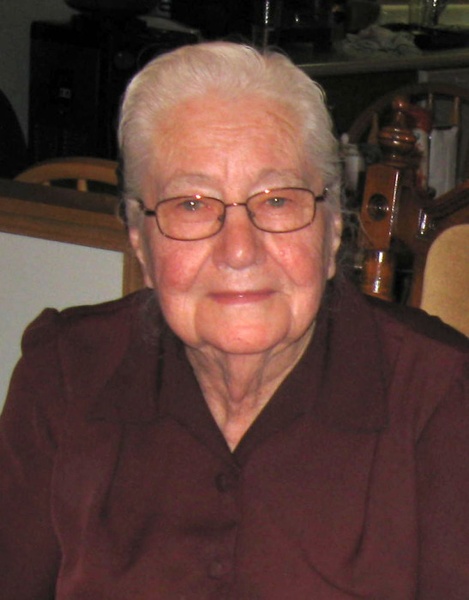 Agatha Sawatzky, age 79 years of Altona, formerly of Neubergthal, Manitoba and Mexico, passed away on Tuesday, March 15, 2016 at the Altona Memorial Health Centre.

She is survived by her husband Heinrich Sawatzky and their children, Sara (John) Abrams, Abe (Anna) Sawatzky, Esther (John) Loewen, Jacob (Susanna) Sawatzky, and Anna (Helmut) Friesen, as well as 25 grandchildren and 27 great grandchildren.  She is also survived by 3 brothers and one sister.  She was predeceased by her daughter Elizabeth Sawatzky, her son John in infancy, and by one grandson.

Funeral service will be held on Saturday, March 19, 2016 at 2:00 p.m. at the Altona Sommerfeld Mennonite Church with burial at the Neubergthal Cemetery.  Viewing will be at Wiebe Funeral Home Altona on Friday, March 18, 2016 from 9:00 am to 9:00 pm, and at the church prior to the service.

Donations in memory of Agatha may be made to Youth For Christ (Camp Cedarwood).

To order memorial trees or send flowers to the family in memory of Agatha Dueck Sawatzky, please visit our flower store.