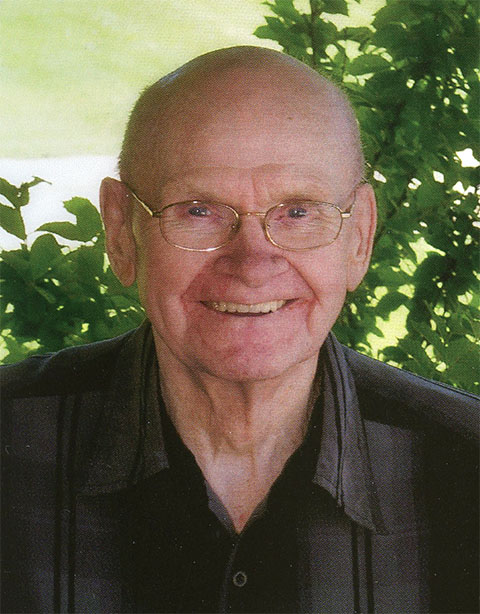 Abe Dueck, 91 of Altona, Manitoba passed away peacefully the morning of Friday, August 24, 2018 at the Altona Community Memorial Health Centre.   Abe was born in Schoenthal, Manitoba, February 19, 1927 to David and Mary Dueck.  Abe was the third of 10 children with 5 brothers and 4 sisters.  He is survived by his wife of 66 years Marge Dueck, his son Wayne and daughter in-law Carilee Dueck,  his daughter Debbie Toews and her husband Bob as well as his daughter Valarie Resch, his sister Marie Wiebe, brothers Pete and Johnny, five grandchildren and two great grandchildren.  He was predeceased by six siblings and his son Warren.

As a young man Abe learned the value of hard work as a farm hand in the local community.  He married Marge on July 6th, 1952 and moved to Winnipeg where the couple worked hard at various jobs and started a family of their own.  After more than a decade in Winnipeg Abe was offered a chance to manage the chicken barns near Gretna, Manitoba and the family happily returned to country living.  In the years that followed Marge started a fabric store in the basement of their Gretna home while Abe eventually moved on to working at the Altona hospital and then for the R.M. Rhineland.   The couple moved to Altona and while Marge grew the fabric store business Abe built bridges for the R.M. and took up furniture upholstery to supplement their income.

Abe was always respected for his work ethic in the community and his devotion to his church where he ushered for many years, but he was loved for his infectious sense of humor, practical jokes that even his victims enjoyed, his unwavering devotion to his wife, family and faith in God.   His faith would be sorely tested in 1990 with the sudden lost of his youngest son.  This tragic news was followed by the discovery that Abe needed a quadruple heart bypass that led to a near brush with death.  Forced into retirement prematurely at the age of 64 Abe was not expected to see another decade.  Faith and devotion would carry him forward another 27 years as he continued to find ways to be productive and share his gentle, and at times mischievous love with everyone he met.  When his wife Marge’s failing heath put her in the Altona Care Home in 2013, Abe became a fixture of the place.  It was a very rare day Abe would not arrive to visit Marge and brighten the days of residents and staff alike.  The daily visits continued until the last weeks of his life.   Abe will be sorely missed by all who knew him.

Memorial service will be held on Wednesday, August 29, 2018 at 1:00 p.m. at the Altona Sommerfeld Mennonite Church.  A private family burial will take place prior to the service.  Viewing will be at Wiebe Funeral Home Altona on Monday, August 27, and Tuesday, August 28 from 9:00 a.m. to 9:00 p.m.

Donations in memory of Abe Dueck may be made to Eastview Place.

To order memorial trees or send flowers to the family in memory of Abe Dueck, please visit our flower store.
Send a Sympathy Card